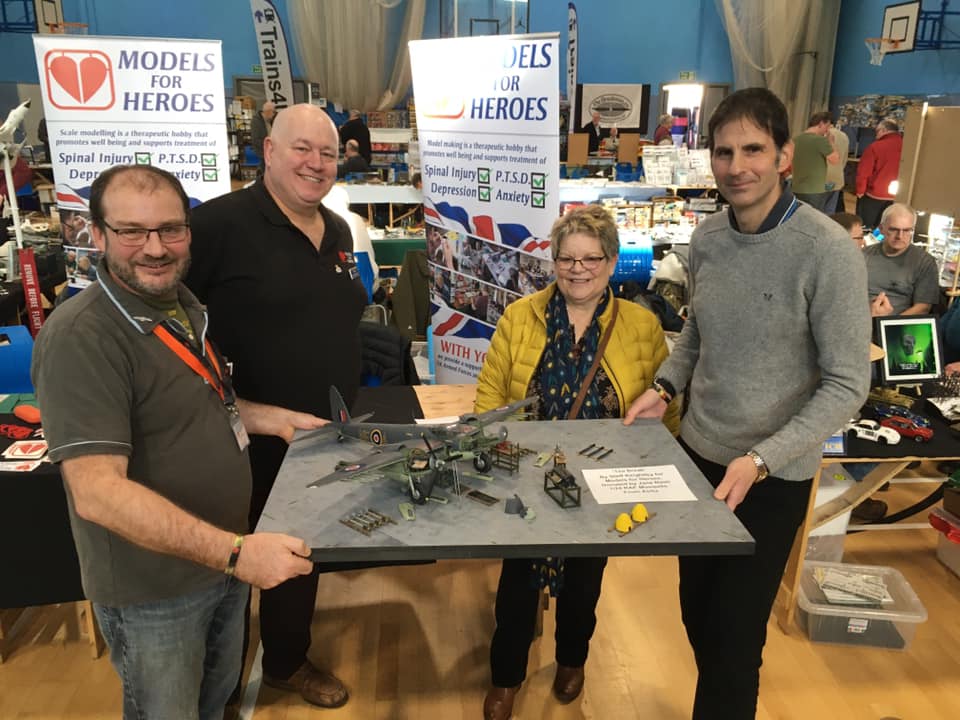 On the 1st of March 2020 Model s for Heroes were invited to display their work at the East of England Model Show hosted by Peterborough Model Club.  Steff Keightley and Trevor Picking were there as volunteers running the table.  Jane Nash was also there who had donated her late husband's 1/24 mosquito to be built by beneficiaries as part of their therapeutic activity. The model was then raffled off to raise funds for Models fro Heroes.   This was then was won by Alf Morevo who also donated an extra cash sum at the end.   Our volunteers were welcomed to the show and were well looked after. We hope to go again in 2021!